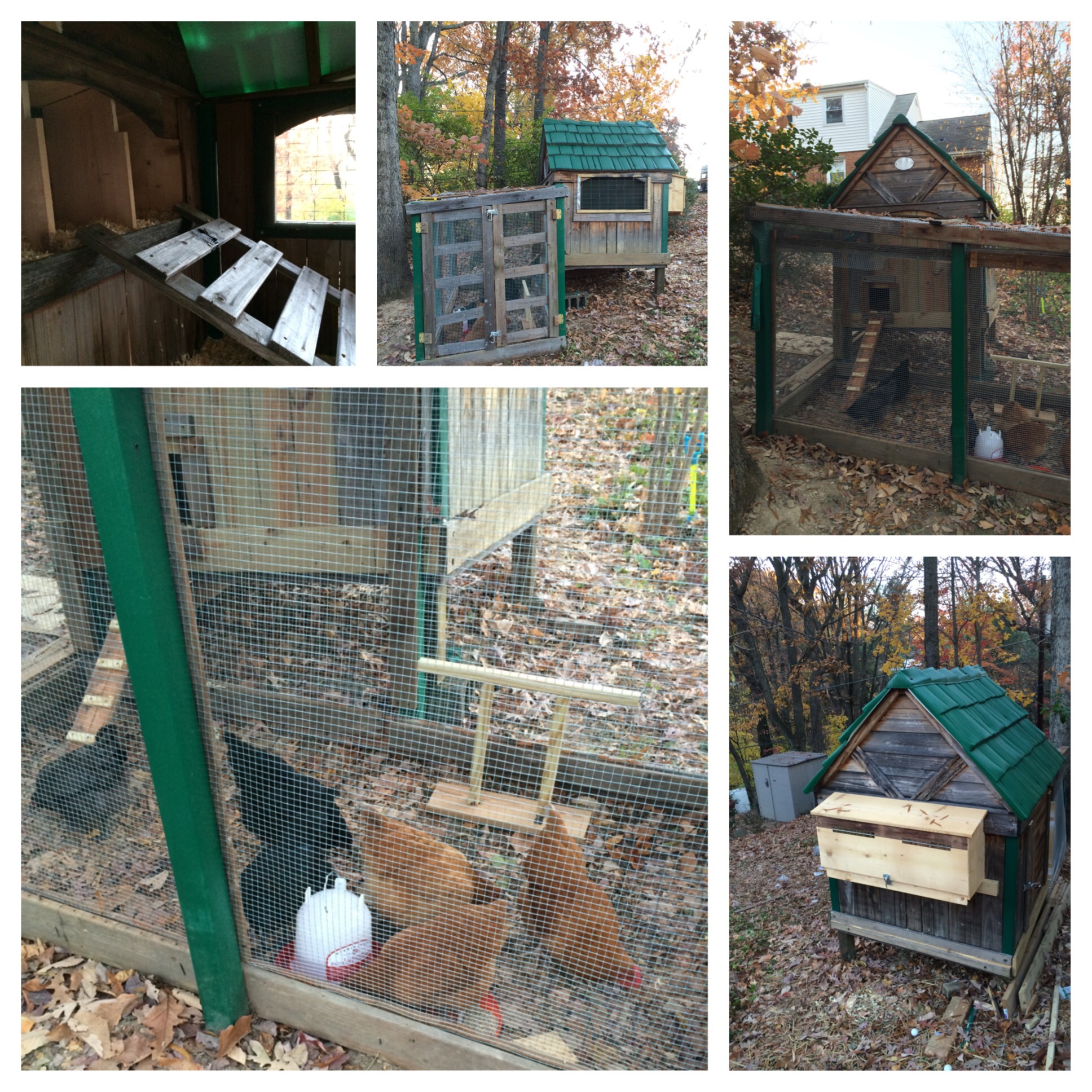 So on Tuesday I was off work for Veterans Day and I had to start the prep medicine for a colonoscopy set for Wednesday. For those of you who have done this before, you know you should stay pretty close to home. My neighbors Bill and Sue had been helping me over the weekend work on our joint chicken coop and Keri and I and our youngest decided to go out to tractor supply to get items for the coop before my prep started. While there I messaged, our new chicken mentor, Tina to ask her about a chicken swap and since we were already 5 minutes closer to her, Keri said “lets just go get chickens from Tina”. So we drove out to her house and checked out her flock. We ended up settling on some and call Bill an Sue to tell them we were coming home with chickens and we needed to finish the coop .
The coop is what used to be a swing set given to us by a family friend and used to look like this… 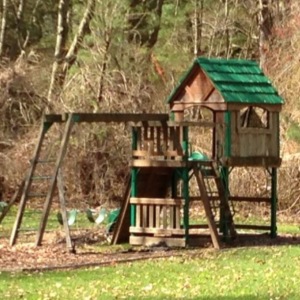 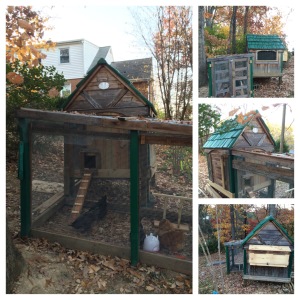 And now the girls…. 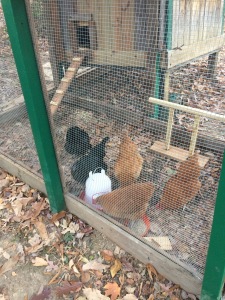 We ended up with six and the deal was that each one of the kids could name one and them Bill and Sue’s two grand kids could name two and all the adults got to name the last one. On the drive back from getting them I asked Lily what she was going to name hers and she said, like the Rudy Huckstable she is, “mines name is Boss”.