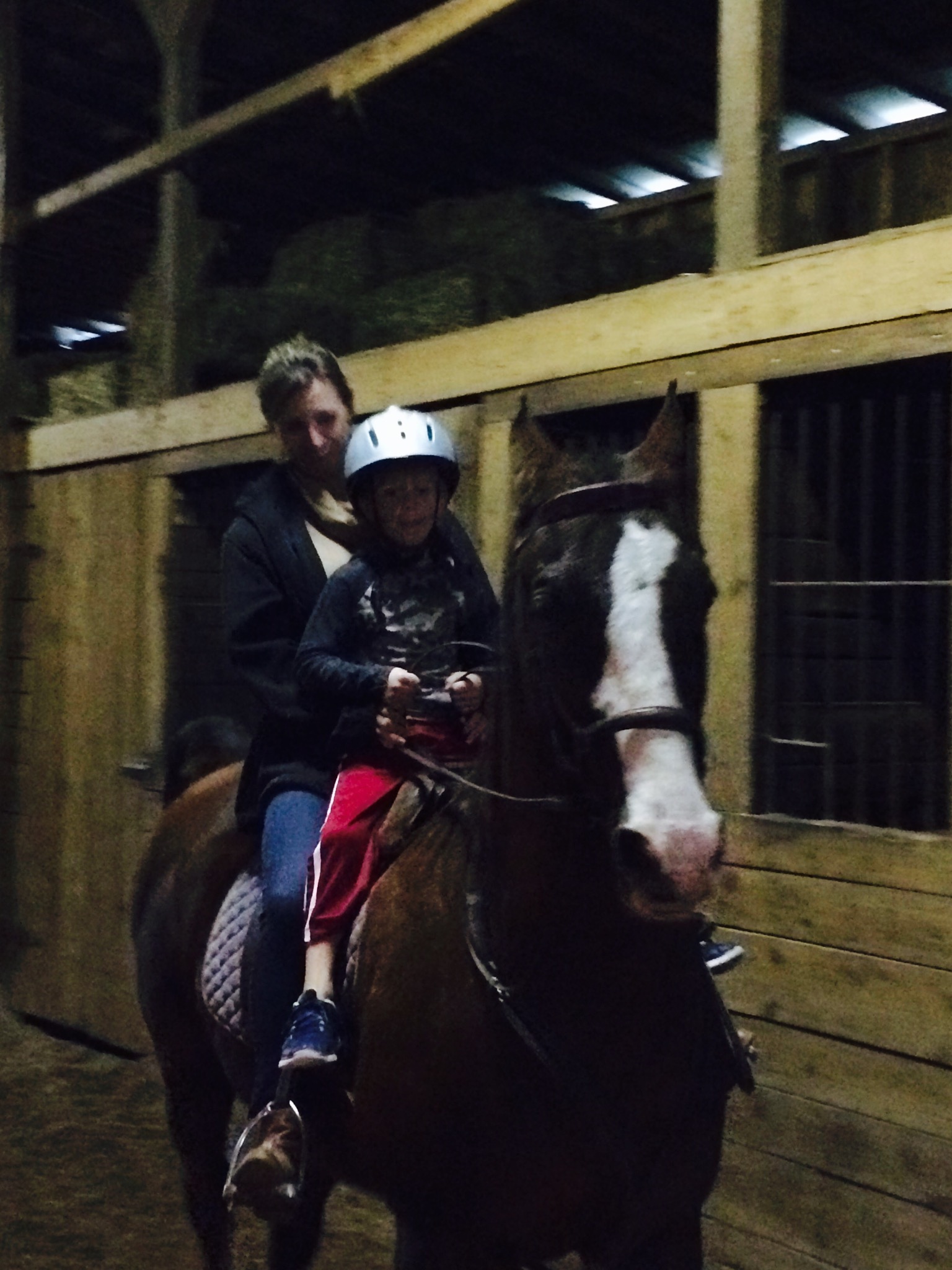 So my oldest turned 9 this weekend and she has been waiting for her birthday party at the barn since last year. That part went great, Then all hell broke loose and I thought I would share.

Because I’m a great communicator (I think that’s what my wife said but I may have not been listening) we woke up the morning of the party and I informed my wife that I have guests in my Airbnb house coming and needed to wash the sheets and make the beds. So after a good communication session about how well I plan things where both of us voiced our concerns in s healthy manner I took off to the laundry mat. The condition of my release was I had to clean the saddle that we bought our daughter for her birthday while I was out. I found the biggest washer they had and through everything I had in it and then I pulled out the saddle and gave it a quick run down and ran back to the house. Wd unveiled the present and the reaction was great…from the receiver but not the other daughter. Lily screamed and ran to the couch and yelled “Maddy got a cool present and I didn’t get anything cool on my birthday”. Awesome. Bear in mind, Lily’s birthday party was two weeks ago at the ice skating rink and we had a balloon animal lady that painted everyone’s faces. So we told how great of a person she was to bring this issue to our attention at Maddy’s present opening and moved on. I ran back to the laundry mat to throw all the sheets in the biggest dryer I have ever seen and then tithe party store, and Kroger for the cake. Ran back to the airbnb house to make beds and returned to the house to leave for the party. We got to the barn after a couple of the girls were already there as usual. Everything went great at the party and we left for the sleep over portion of the event. That’s when it got real. We got home, I pulled in the drive then Keri pulled in behind me. She got the pizzas in and then I went back out to get the girl’s bags and presents and the doors were locked. After looking for the keys I realized that they were in her purse. The problem was that her purse was in the car. Now most people have two sets of keys. We are not like most people. I go inside and Keri says, ” I think I’m gonna throw up” and runs to the bathroom. Good news is she didn’t throw up…yet. I quarantined her to the guest room so she wouldn’t ruin the party and fed the girls. Thankfully my neighbor and her boys came over for cake and I had help while I called geico to get a locksmith because last time this happened I opened it myself and it cost me a couple hundred dollars of repairs to the car. I sent them all to the basement to watch a movie and I waited for Fat Boys towing to come open the door. I went in to rub Keri’s back and heard my car alarm going off. Apparently when you try to break in to this particular car everything tries to stop you. So the dude from fat boys asked me for help and we broke into my car together after 10 mins of alarm sounds after all the neighbors were probably in bed. Then I went back in, blew up a bunch of air mattresses and sent the girls up to Maddy’s room to get ready for bed. Came down and Keri is puking in the bathroom. Now I don’t remember the last time I saw an adult puke that closely but it’s gross and horrible. I put her to bed and then went to tell the girls lights out its 10pm. At 11pm I went up to “remind” them that it was bed time and they finally went down at 11:30. My other two kids were remarkably well behaved and despite another break down about not having a glow party for my youngest on her birthday. They stayed in their bed, Keri didn’t puke any more and I went to sleep. So here is what I learned….

1. Get a freaking second key to your car. It’s ridiculous!
2. 9 year olds have freaking phones and tablets. It’s ridiculous!
3. Puking is gross for everyone involved.
4. Get Lily cooler presents and cooler parties apparently.
5. If you’re confident enough in yourself to name your company “Fat Boys” then good for you.
6. Never plan a sleep over the same night as your company Christmas party, there is alcohol there and no kids.