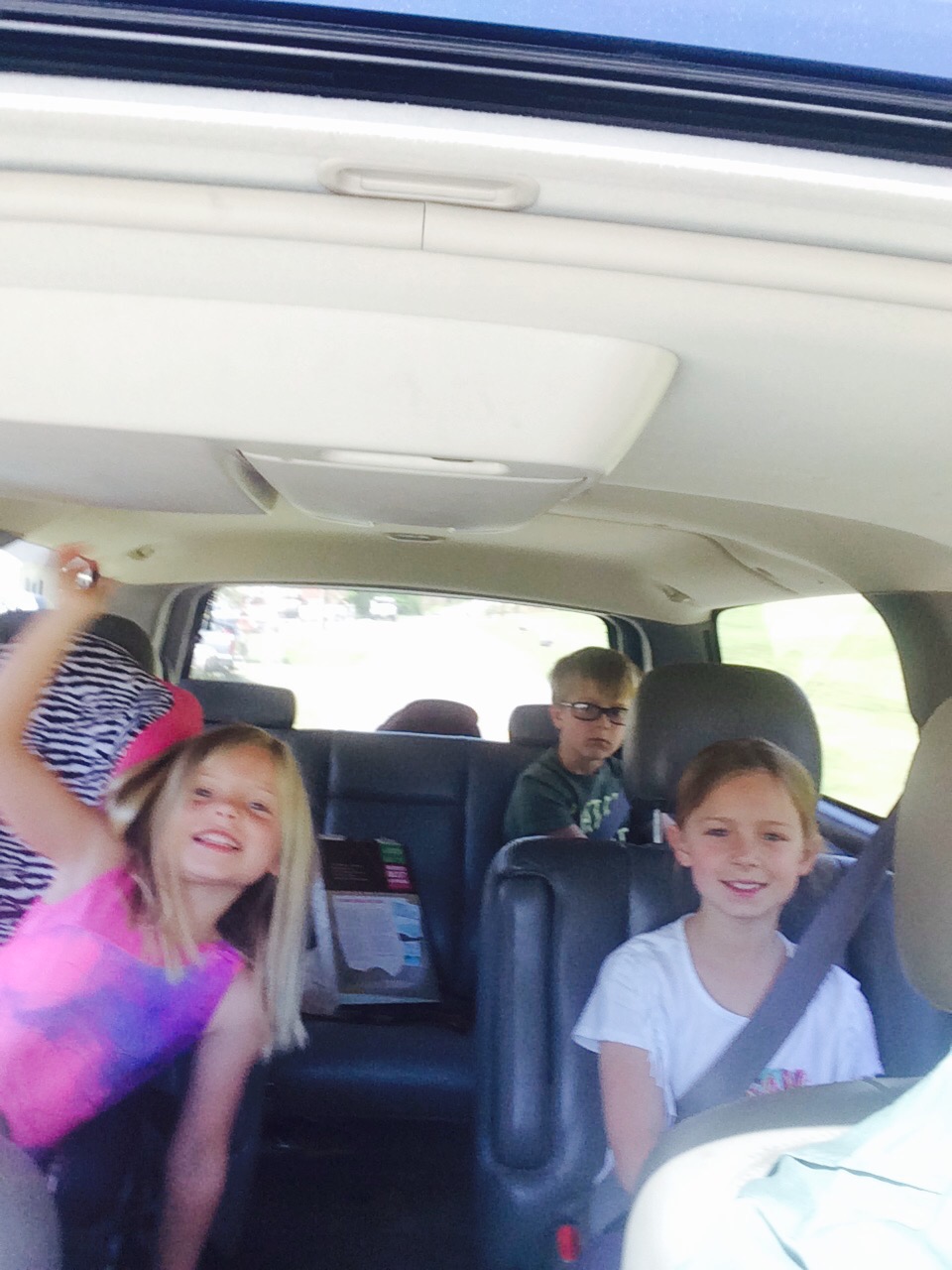 Keri is out of town for a night so I’m doing the daddy duties and presently sitting in the car at horse back riding. So I kinda let the kids do their own thing this morning before horseback including getting dressed. I figured what’s the worse that could happen. We had an emergency run to the potty where I discovered Lily has a ballet leotard on under her normal looking clothes. I guess she was figuring there may be an impromptu recital she needs to be prepared for. I guess I can see that because we are heading to the wiener stand after horseback and I have heard that it is infamous for ballet dance mobs breaking out. Always be prepared! Then I came back to the car and Philip wanted to watch a movie to which I said no, for no better reason than I just didn’t want to hear open season again. He decided to put it in anyway as I was getting something outside the car, immediately his his head on the dvd screen, punched it repeatedly and said, “I am never watching a movie on that thing again”. Winning!

As we continued to wait the new Rihanna song came on called work I think. It’s the only word I can make out. Then I came to the realization that I figured out this song. Here’s how it went down (in my mind). Rihanna said to her producers, “I’m so famous that I don’t even need to make sense on a song, it doesn’t even need to have more than 2 words and it will go platinum”. They replied, ” oh no she didn’t, I’ll bet you you can’t”. And she did and we fell for it. I wonder what she won in the bet. I’m guessing something as ridiculous as the song.